Several people were injured and many more were displaced Thursday after a tornado ripped through part of a southern Ontario city, its mayor said as he expressed relief that no lives had been lost in the destruction.

Barrie Mayor Jeff Lehman said that while the tornado that hit a neighbourhood in the city’s south end caused extensive property damage, as of Thursday evening, no deaths were reported and no one appeared to be unaccounted for.

“I can’t tell you how incredible it is that nobody has been killed, and I hope that as all the secondary searches are completed and the patients are treated in the hospital, that that continues to be the case,” he said. 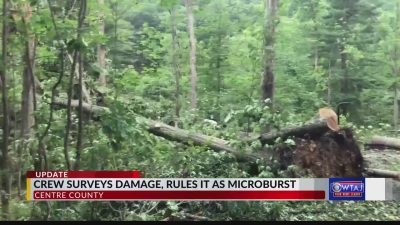 “Because this certainly could have been a much more serious disaster.”

Paramedics said eight people were taken to hospital, including four who suffered serious injuries. Seven of those hospitalized were being treated for trauma and one for a medical condition, they said.

Others who suffered more minor injuries were treated at the scene, said Andrew Robert, the chief of paramedic services. 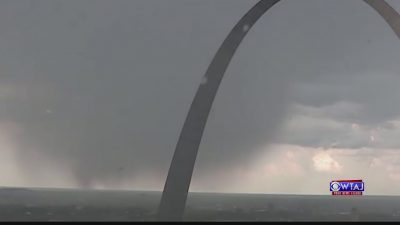 Emergency crews continued to go door to door to check on residents in the hours following the tornado, and urged all others to stay away from the area, which spans five or six streets.

Fire officials said up to 25 buildings suffered significant damage, with roughly 20 considered uninhabitable at this time and two or three “completely destroyed.”

One dead in crash after going airborne, ejected out of vehicle

INDIANA COUNTY, Pa. (WTAJ)-- A Cambria County man was killed in an accident that occurred early in the morning on July 31 after losing control of his car before getting ejected from it.

According to a release from the Indiana County coroner, 41-year-old Jeffery Detore of Twin Rocks was on Route 22 Highway West in Blairsville Borough when he hit the curb, a road sign and the guide rail before going airborne.

HARRISBURG, Pa. (AP) (WTAJ) — Six sitting judges and two lawyers are hoping Pennsylvania voters this fall will issue a favorable verdict of their own and elevate them to one of the four state appeals court seats.

The vacancies that are up for grabs in the November election include a seat on the state Supreme Court, where Justice Thomas Saylor is retiring.

UNIVERSITY PARK, Pa. (WTAJ)-- In a study done by Forbes, Penn State has been ranked in the top 50 for best employers for new college graduates.

Forbes teamed up with Statista, a market research company, to find what companies are most liked by newly hired people. They surveyed 20,000 Americans with less than ten years of work experience that are employed of a business with at least 1,000 employees.

Walmart mandates masks for all workers in some areas

‘Downtown Shutdown’ taking place in Ebensburg: What to know before you go

One dead in crash after going airborne, ejected out of vehicle