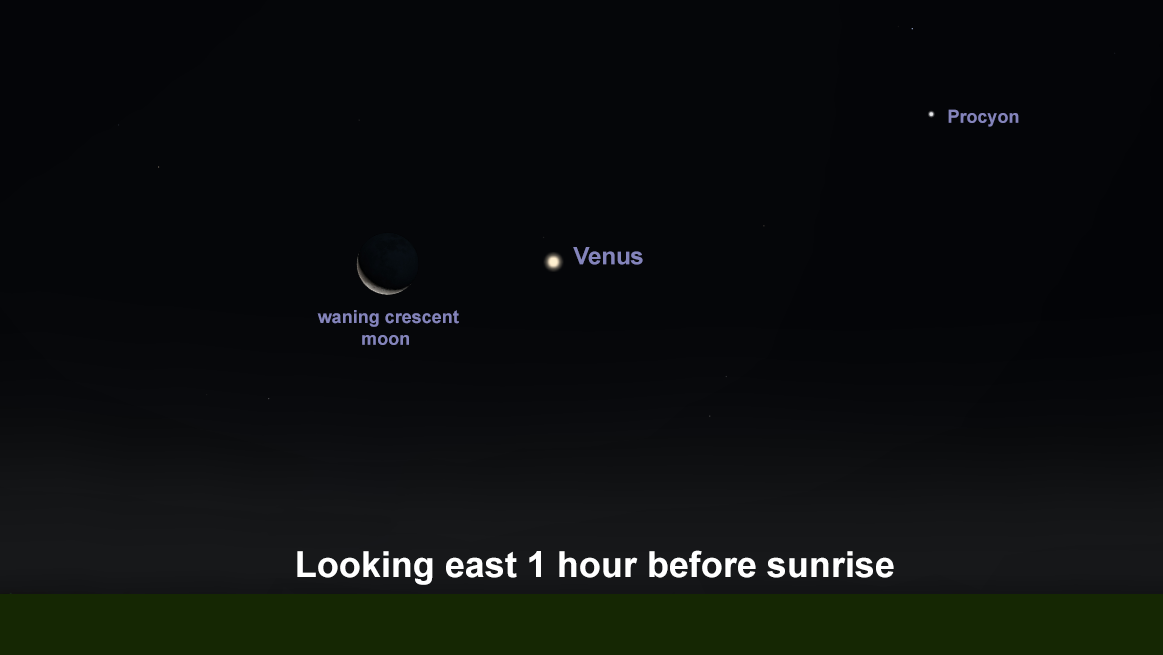 lunar distance (LD) is the mean distance to the moon ~239k miles. Anything within 1 LD is newsworthy. For more information see NASA’s Center for Near Earth Object Studies

Atmospheric drag and other factors can and do cause orbits to change. See the European Space Agency supported Heavens Above for the latest pass predictions. Satellite pass gradings are based on altitude reached and duration of the pass. Higher altitude passes are closer to the observer and generally brighter as a result. Satellites other than ISS are much more difficult to spot.

This morning we will have a variable cloudy sky with temperatures in the upper 20s to lower 30s. Today there will be times of clouds and some sunshine. High temperatures today will be in the 30s. Winds today will be from the northwest between five to ten miles an hour. Tonight temperatures will fall into the lower to mid 20s with a rather cloudy sky. Late tonight into Thursday morning there could be a few flurries.

Today started off a bit icy. After some snow last night, the precipitation changed to freezing rain this morning that tapered to freezing drizzle through the midday. Mainly temperatures have now risen above the freezing mark; however, there are still a few cold spots. With spotty drizzle keep in mind that there still can be a few icy spots.

There will still be some drizzle and rain showers this evening. These will change to scattered snow showers for the rest of tonight, mainly near and west of Route 219 and north of I-80. We’ll also have areas of fog. Temperatures will likely rise some early tonight before settling back into the upper 20s to the lower 30s later tonight.

A major storm is getting ready to slam the mountains of Northern California. The National Weather Service in Reno has issued a blizzard warning for the area near Lake Tahoe.

The storm will really get going tonight and will last into early morning hours on Friday. In a span of about 2 and a half days there will be snowfall amounts of of 2-4 feet with 3-6 feet at elevations above 7,000 feet. Here is a map of the GFS model snowfall.

Biden inauguration second only to Reagan and Obama with TV viewers

Spicy nuggets return to McDonald’s menu for a limited time